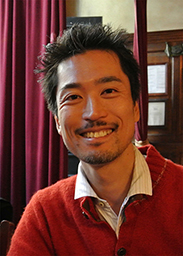 The purpose of my research is to understand mechanisms of visual and tactile perception and to develop support methods for individuals with visual disorders.